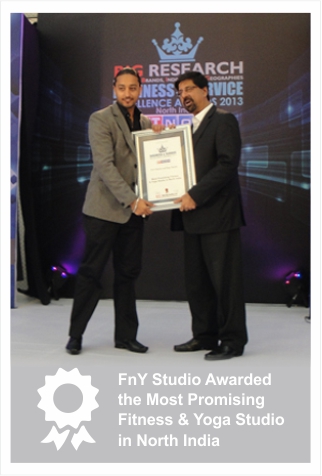 Dr. Anil Juneja is a leading, dynamic young yoga and fitness expert and an actor who debuted as an action hero in Punjabi movie “Yaaran Da Ketchup”. His zest is to redefine and adapt the ancient techniques and postures of yoga for present day applicability. He started learning yoga at an early age of 13 years. An award-winning Gold Medalist Yoga champion in his younger days, the once childhood hobby turned into a passion for him and now a fully fledged profession.

He holds prestigious certification from reputed universities in yoga and fitness related discipline which made him fully equipped with his passion’s (Yoga) challenges.

He has trained students at Anupam Kher’s acting school ACTOR PREPARES and is also running Yoga program designed by him for models & golfers. He delivers lectures on building up confidence, motivation & stress management organized by NGO’s. He has worked on the panel of Fitness & Yoga experts in National publications viz. Times of India, The Tribune, Hindustan Times and published around 100 articles in these newspapers. He has worked as a Yoga Expert for ‘Day & Night’ news channel for Daily Fitness program ‘Ultimate Fitness’ and as Chief Yoga Trainer at ‘Planet Fitness Clubs Pvt. Ltd’.

He is the first to introduce the concept of Power Yoga in Chandigarh and its surrounding cities and owns and operates his studio known as FnY which has been successfully running since 2009. With yoga learning happening to him in early teens, he materialized his inner passion into actual realities by building his own Yoga studio .

His quest to serve and share his passion not just with Indian communities but the whole world made him develop the “FnY Online Yoga Classes”. It is an Online Yoga program being offered to people of all ages, all races, worldwide who wants to do Yoga at home using the Internet and their gadgets.

He has been actively involved in the wellness space for over a decade. His Yoga teaching and guidance have already gone a long way to improve and change people’s lives in powerful, subtle and unexpected ways and he’s tapping the virtual world to serve to all people worldwide the unique platter of health and wellness through his diverse Yoga Programs. His years of expertise and Yoga knowledge makes him fully equipped to guide and teach Yoga, not just in India but in the whole world.